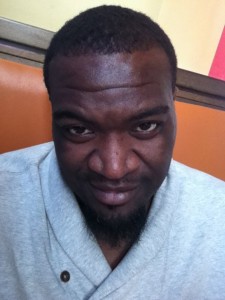 Cory Bradley aspires to contribute to the world as an architect of social change.Through capacities related to creative arts,the art of conversation and philosophical & spiritual inquiry, his objective is to facilitate opportunities for healing and making healthy choices; potentiate community empowerment as a mechanism for achieving social goods; and open dialogical space to confront social norms and practices that fetter the divine expression of the human spirit.

Having partnered over 11 years in the shaping of a congregation in Charlotte, North Carolina from its inception , he acquired a focus in shepherding spiritual communities through creative artistic expressions, with a specific emphasis toward exploring and training in prophetic dimensions. His goal was to develop believers who translate their faith experience into moments of impact in every sphere of life to ultimately create a world inclined and competent to serve those who are most vulnerable.

He began working toward social justice by using the humanities and especially religion and spirituality, to help people tap into intrapsychic faculties and connection with others as the context for social change. Later, earning a dual master’s degree in social work and public health in 2014 reflected his emerging commitment to create pathways through social justice for those who are denied full access to their humanity. His grace map has now led him to the public health program at the Bloomberg School of Public Health of Johns Hopkins University in Baltimore, Maryland where he is enrolled as a doctoral student and training to become a public health social scientist.  His objective for this educational process is to strengthen his capacities by leaning into science and combining wonder and imagination with the objective evidence required to set the path to effective reform.

As a future leader in public health, Cory envisions leading with science that informs the design of interventions that reduce risk and vulnerability factors for HIV infection to include structural factors, and innovate strategies by which community empowerment can more powerfully produce resilient, health enabling communities. With an approach to create shared understandings and highlighting the import of social context on social problems, Cory seeks to raise consciousness in the individual and create environments that allow the expression of each soul’s divinity.